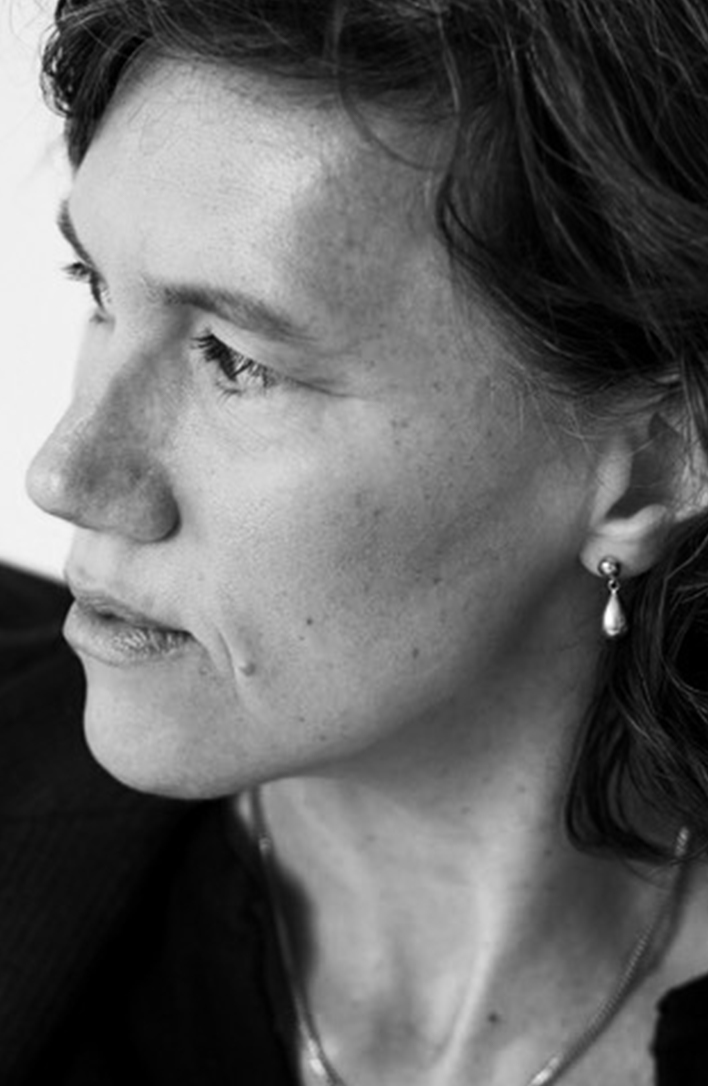 ‘On display is a rigorous mind, a fiery intellect, a curious and engaged reader. Adrian brings lofty ideas – questions of attention and meaning, of the troubling permeability between inside and outside, of reality itself – down to the meat-and-feeling human level.’

Kim Adrian is the author of the memoir The Twenty-Seventh Letter of the Alphabet. Her first book, Sock, is part of Bloomsbury’s Object Lessons series.

Her writing has been supported by the Edward Albee Foundation, the Bread Loaf Writing Seminars, the Massachusetts Cultural Council, PEN/New England, The Ragdale Foundation, and others.

As someone who wrote a memoir about a childhood overshadowed by a father’s alcoholism and a mother’s mental illness, I was excited to write a book-length response to Karl Ove Knausgaard’s My Struggle since it also circles around alcoholism (Knausgaard’s father’s) and mental illness (his wife’s). But there are significant differences in our projects as well. For instance, my memoir is a composite of memories written in the form of a glossary and is 286 pages long, while Knausgaard’s epic, six-volume opus weighs in at 3,600 pages—more than ten times the length! And of course My Struggle is a literary sensation, and Knausgaard himself a literary superstar, whereas my memoir was published by an academic press, and I labor in the off-off-Broadway margins of the literary world.

But what really fueled my desire to write a book of letters to Knausgaard—one in which I praise, dissect, critique, and satirize My Struggle—was neither the differences nor the parallels in our work, it was the fact that reading My Struggle had been such a big deal for me, an experience that changed some important things in my own life and mind. By writing about this gigantic nonfiction novel, I hoped to better understand how and why it had affected me so deeply.

As I worked on Dear Knausgaard I was surprised by two things. The first is that my admiration for My Struggle only grew the more I studied it. I found its philosophical underpinnings incredibly thought provoking and the writing itself transporting. At the same time, it became increasingly difficult for me to ignore the deep current of sexism inherent in Knausgaard’s project. I’m hardly the first to hone in on this aspect of things; many critics have expressed a growling discontent at the near certainty that no 3,600 page book by a woman concerning the endless minutiae of domesticity (diapers, strollers, dishes…) and writing dramatics (untrammeled ambition, drinking binges…) would ever be taken seriously by the literary establishment, or even get published in the first place. And while that thought certainly bothers me, I believe the sexism of Knausgaard’s project is rooted in something much deeper.

The idea I explore in Dear Knausgaard is not that a woman would never but that she could never write a novel like My Struggle because only someone used to seeing himself (and used to being seen) as a kind of platonic ideal of a human being (which, in Western culture, has long meant a Caucasian male) could examine the very particular and idiosyncratic conditions of his own life in such detail and have that examination be received and understood, by the reading public, as speaking to the universal human condition. This was a challenging argument to develop, and although it’s only part of what I do in Dear Knausgaard, it’s the part I’m proudest of, because in grappling with the conditions of patriarchy that so much of My Struggle depends upon for its power, I managed to unearth a seam of cogent thought about at least one of the countless, hard- to-articulate realities that I, as a woman, have struggled with my whole life.
It felt like a relief, even a kind of victory. It was frankly exhilarating.